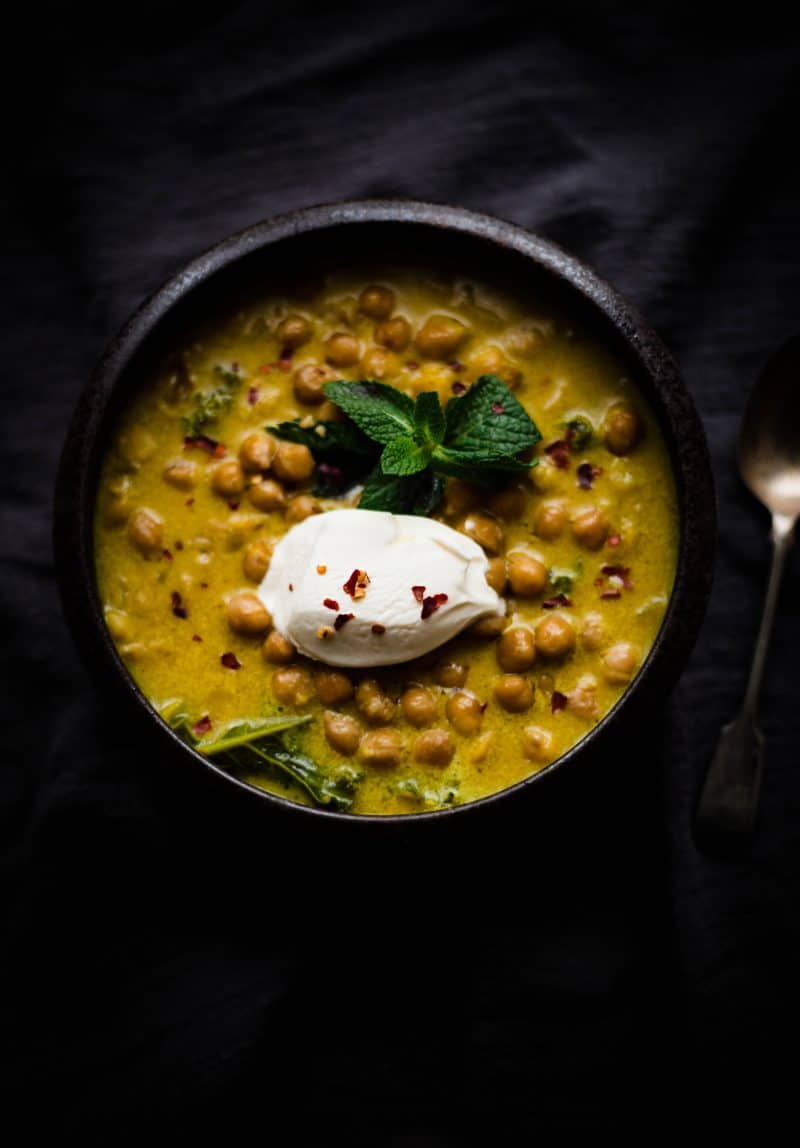 I finally made the viral recipe that was featured on New York Times ‘The Stew’ by Alison Roman and here are my thoughts.

When a recipe goes viral and it is still popular several months later, I get terrible FOMO. So I was always going to try this recipe.

So there I was minding my own business on social media, when I happened to stumble upon a recipe that had gone viral. A recipe that people were really really raving about. Obviously, I had to see what all the hype was about. So I headed over to the New York Times website and read the recipe. It seemed simple enough and also sounded quite similar to a recipe that I had made before. Being Indian, recipes using chickpeas and coconut milk are in abundance. Shocking, I know.

The description of The Stew, Alison Roman’s recipe

‘Spiced chickpeas are crisped in olive oil, then simmered in a garlicky coconut milk for an insanely creamy, basically-good-for-you stew. While the chickpeas would be good as a side dish, they are further simmered with stock, bolstered with dark, leafy greens of your choosing and finished with a handful of fresh mint. When shopping, be sure to avoid low-fat coconut milk, coconut milk meant for drinking or cream of coconut: All are very different and would not be suitable here.’

Why we love it

I knew that the appeal with this recipe was its simplicity – hello simple pantry ingredients, that it was healthy and that it was very comforting. Cold weather and bowl food = Happy tummies.

Almost as if to prove my point, I had all the ingredients at home already..so I didn’t have to brave the cold, I wanted healthy food that day and I happened to be craving a bowl of comfort food..hmm..what would I make?

..AND I made it. Initially I though it was a little bland but I don’t always need my tastebuds to be blown away. Sometimes subtle is good right? I wasn’t getting the hype though. I felt like it needed something more. SO I made it again but amped up some of the flavours..It worked and it was divine.

Here is what I did differently:

To try it yourself, head over to the NYT website and grab the original recipe here.

Check out the video here.