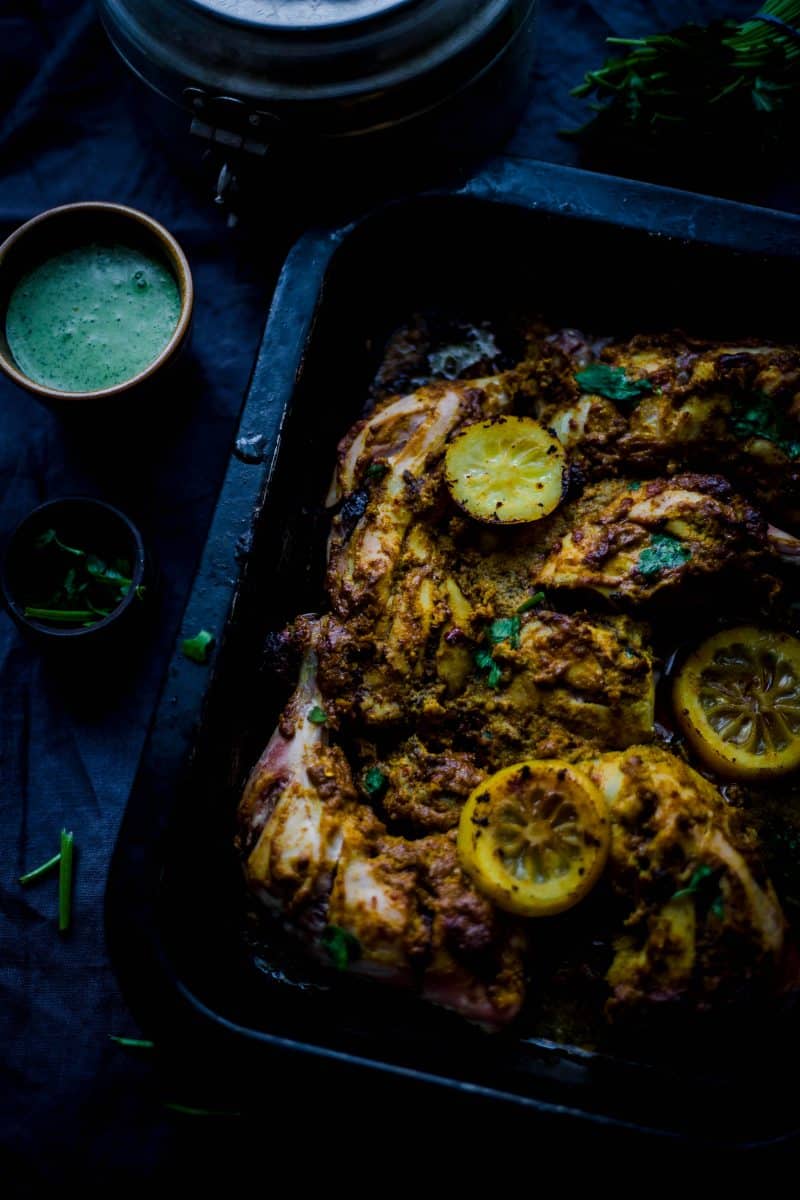 Tandoori Chicken with Preserved Lemons – A tandoori chicken recipe with a twist. The preserved lemons add an intensity of lemon flavour that I just love. In my opinion it takes tandoori chicken to a whole new level.

This recipe is basically a standard tandoori chicken recipe that is extra lemony. I know that a lot of tandoori chicken recipes have pictures of glow in the dark red chicken thighs but that is usually achieved using methods that are not natural. Here is an example pic of when I have done that myself. Hanging my head in shame right now. I will be updating that recipe soon!

Preserved lemons are a staple in Indian, North African and Middle Eastern cuisine. They are used in everything from eggs to stews to salads to rice.

It’s so easy to preserve lemons too. All you need to make them are lemons, salt and a jar. Then, it’s as simple as scoring washed lemons, stuffing them with salt, packing them tightly into a jar until they release their juices, and letting them rest for a month. Some say they are better off in a dark corner for 3 months, some say leave them on your counter for a month and one technique I read talked of freezing them for a month. Some don’t score the lemons but cut them instead. In my experience, this really takes away from their intensity and leaves them a sloshy, watery mess almost like washing a lemon under the tap before you use it. What’s the point of that?

However long they take to make (I really am a poet) after the waiting period has passed you’ll end up with a jar of mellow yellow (told you) lemons to use for as long as six months. Or until you’ve used them all up, which can happen quicker than you think if you are as obsessed as I am.