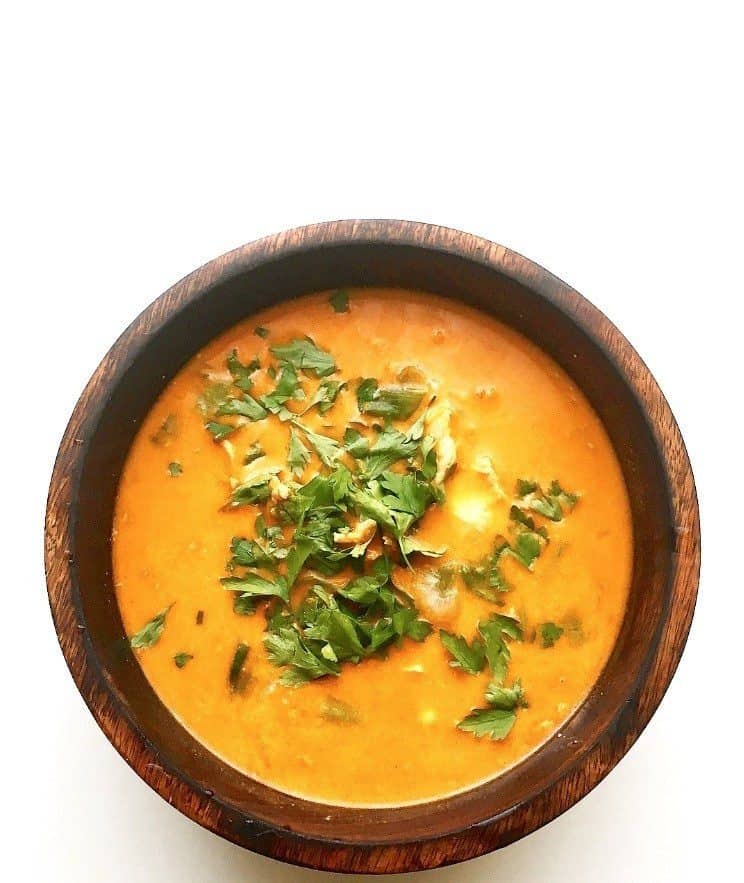 Thai red chicken and coconut soup is fragrant, fiery and fierce! It is a favourite soup in our household. The red thai curry paste in this soup is by Blue Dragon and I would highly recommend it. We actually got our samples from a food show and they have been very handy indeed.

Who has been watching The Great British Bake Off? Since it began, we have been getting messages about how much Selasi (the heartthrob according to the media) looks like my husband (he really doesn’t). So as soon as it started, my sister messaged me and I was like really? I can see a very slight resemblance but I would never think they look alike. She also thinks he looks like Ice Cube. She always calls him ‘Ice Cube with those perfect eyebrows’, especially when he is getting on her nerves.  Hahahahah. He also looks like Guz Khan. I did want him to win because he was sooooooooo chilled. So laid-back, he was lying down. You are on the Great British Bake Off! Get it together bruv. Or was that just a front? Some weeks he really had his thing together and I imagined a lot of practice has gone on.

Anybody watch The Apprentice? Last week I laughed a lot. It isn’t what it used to be, I know. They have to throw some clowns in there for entertainment but it isn’t them that are funny. It is Alan Sugar. The guy has got some lyrics. He has some of the best banter ever and some really cutting lines.They remind me of paper cuts. You don’t see it coming but boy it hurts. I imagine that if you get on the wrong side of him, you would be dodging arrows from his mouth a lot but if you were on the right side of him, he would treat you really well. He would probably be one of the best managers to work for because through him you would see and learn a heck of a lot.