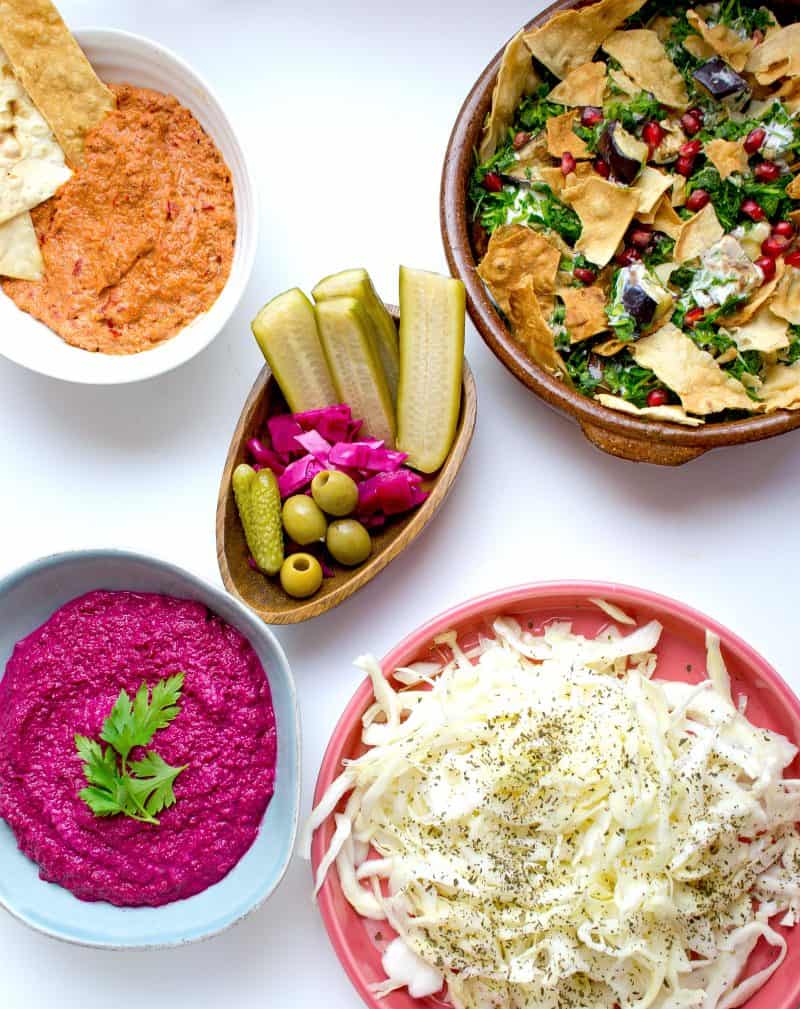 Muhammara – Red Pepper and Walnut Dip – Best served warm, this is a sweet, earthy, hearty and creamy dip that everyone loves. It originated in Syria (Aleppo) but is served all over the Middle East and it is just divine.

I have also seen it made with Sumac, Smoked Paprika and other spices. I have seen it made without breadcrumbs too and that is how I make it. Of course you can add it in and I have included that recipe below too. This is a recipe I learnt from a friend and I have been pretty much obsessed with it since I first tasted it. It works well served with pitta chips or alongside meats with all the other usual suspects like Baba Ghanoush (Don’t get me started.. drooling here) and Hummus.

By they way, I really dislike the idea that only a certain culture can make the food from their own culture and no one else is able to. I don’t agree with that at all. I have had some of the best food cooked by people who don’t belong to the culture that they have cooked from. I don’t know if that sentence made sense. It sounded great in my head.

In London there is a famous cafe that is so popular that it has queues of people standing outside..it serves Persian food cooked by someone who is not Persian. Why is it acceptable to believe that the likes of Rick Stein and Jamie Oliver can cook food from the world over but other people can’t? Hmmm…I’m only getting all ‘het up’ because I love cooking food from all over the world and I think I do a decent job of it too.

Anyway, shall we move on? The great thing about most dips is that they are pretty easy to make once you know how. It is usually a case of tossing everything into a food processor but in this case there is a little roasting and toasting to do first. Can I just say, this is so much more delicious then Hummus? You have to try it to know!

This recipe was supposed to go up in June last year but erm..I don’t know. I don’t even have an excuse.

Muhammara - Red Pepper and Walnut Dip - Best served warm, this is a sweet, earthy, hearty and creamy dip that everyone loves. It originated in Syria (Aleppo) but is served all over the Middle East and it is just divine.

If you cannot find Aleppo Chilli flakes, use an equal mix of cayenne pepper and sweet paprika instead.

To make the version using breadcrumbs, add 3 tbsp breadcrumbs to the blender with the rest of the ingredients and reduce the walnuts to 50g.